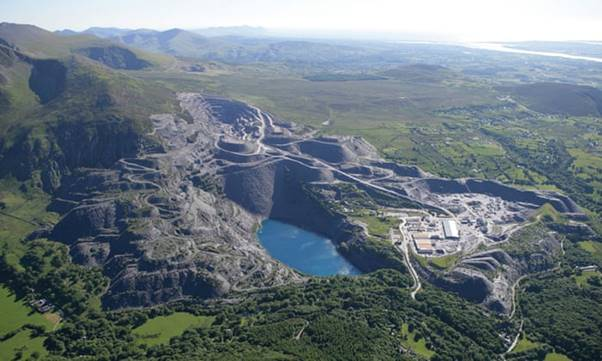 The landscape that runs throughout Gwynedd became the world leader for the production and export of slate during the 18th century. While slate had been quarried in North Wales for over 1,800 years, it wasn’t until the Industrial Revolution that demand surged with slate being widely used to roof workers’ homes and factories, as well as buildings and palaces around the world including Westminster Hall, the Royal Exhibition Building, Melbourne, Australia and Copenhagen City Hall, Denmark.

The production of slate has left a landscape dotted with expansive spoil heaps, underground workings, and terraces cut into hillsides, railways that carried the slate to the coast, and  complete settlements for quarrymen and their families, with not only rows of cottages but also chapels, band-rooms, and libraries that together provide a microcosm of  the life of Welsh mining communities in the 18th and 19th centuries.