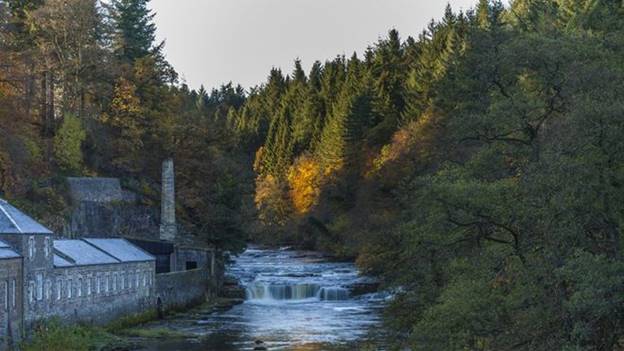 An eight year fight to stop gravel extraction near the Falls of Clyde in the picturesque setting of New Lanark World Heritage site has finally ended. In started in 2012 when Cemex, a multinational company, put in an application to extend the existing Hyndford Quarry west towards the World Heritage site at New Lanark – the place where Utopian idealist Robert Owen created a model industrial community in the early 19th Century.

The project was turned down by Scottish Ministers after a Public Inquiry to which ICOMOS-UK contributed. But the applicants, Cemex, appealed. A further Inquiry was held and again Ministers turned down the project. The deadline for Cemex to appeal again was passed at the end of January.