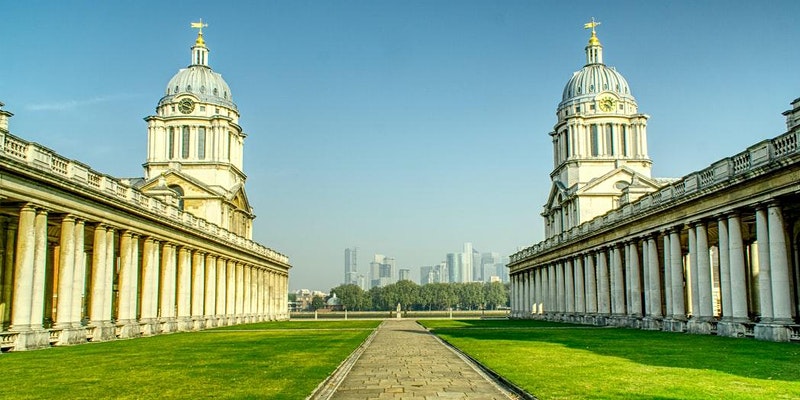 An event organised by and for Emerging Professionals: join to learn more about starting out and working in World Heritage

For this year’s International Day of Monuments and Sites, ICOMOS-UK invites World Heritage experts to share their experiences of working in the sector for 30+ years on since the UK’s first designation. Each speaker will talk about their personal journey in the field and answer any questions from the audience.

This is a chance to ask career-related questions and about their thoughts and opinions on the current World Heritage debates.

Peter Marsden is a former Civil Servant who previously served as Head of World Heritage for the UK at the Department for Culture, Media and Sport where he also worked on policy for Free Access to the National Museums and Galleries, Historic Ships Policy for the UK, Historic Royal Palaces, The Royal Parks and liaison with the Royal Household on ceremonial issues. Peter has also held a variety of posts at the Tate, Imperial War Museum, HM Treasury and HM Customs and Excise. After retiring from the public sector and running an independent heritage consultancy, Peter is currently World Heritage Site Coordinator for Maritime Greenwich WHS, working with its Executive on the devlopment and implementation of the WHS Management Plan. Peter is a member of ICOMOS-UK, has served as a Trustee on the Board for a number of years and currently chairs its World Heritage Committee.

Dr Rebecca Jones is Head of Archaeology and World Heritage at Historic Environment Scotland, the lead public body set up to investigate, care for and promote Scotland’s Historic Environment. She is also a Visiting Professor at Heriot-Watt University and a Member of the Chartered Institute of Archaeologists. A graduate of the Universities of Newcastle and Glasgow, her research has focused on the Roman army north of Hadrian’s Wall which resulted in her involvement in the nomination of the Antonine Wall as a World Heritage property. Her other interests involve making archaeology and its results more accessible to the public, World Heritage and wider Roman frontiers studies.

Sian Rees (CBE PhD FSA) worked as an Inspector of Ancient Monuments for Cadw, Welsh Government and predecessor bodies from 1975 and was responsible for the world heritage sites brief within Cadw from 2006 to her retirement in 2011. During that time, she served on the Steering Groups for Blaenavon and Pontcysyllte – which was nominated and granted WHS status in her period of office. Since retirement, she has been a member of the ICOMOS-UK World Heritage Committee and has served as their representative on the Steering Groups of The Castles of EdwardI in Gwynedd and of The Slate Landscapes nomination.

Mike Collins works for Historic England. At the moment he heads up one of their Development Advice teams in their North East and Yorkshire Region, as well as working as a Senior World Heritage Advisor. He started his career in field archaeology, after completion of a degree in archaeology from the University of York in 1993. In 1999 he was appointed Assistant County Archaeologist for Northumberland, where his work focused on heritage management as part of the Planning system. He moved to Historic England (then English Heritage) in 2003, where he was the Inspector of Ancient Monuments for the Hadrian’s Wall World Heritage Site. His current work involves a split role: in the North East Mike manages the work of a varied team of specialists providing both management advice and guidance on a range of heritage assets; and his work on World Heritage involves advice to site managers, central government and internationally in connection with the UK’s obligations under the World Heritage Convention. His work also includes also strategic management issues on Hadrian’s Wall, such as the Management Plan for this World Heritage Site, and addressing heritage at risk.

Chris Blandford was elected as the first president of World Heritage UK in 2017 . Since then he has worked tirelessly in the cause of the World Heritage Collection and was the author of the seminal report UK World Heritage -Asset for the Future published in 2019. Previously, Chris was the founder and managing director of CBA Studios the international planning, heritage and landscape consultancy.

Susan Denyer, FSA is Secretary, ICOMOS-UK, and Senior World Heritage Adviser, ICOMOS. She is involved in the evaluation of World Heritage nominations and the state of conservation of World Heritage sites outside the UK and has undertaken international missions for ICOMOS in Europe, Asia, the Middle East and Africa. For the past 17 years she has been part of the ICOMOS team at UNESCO World Heritage Committee meetings. She previously worked for the National Trust, in museums, and as lecturer, including six years in East and West Africa, and has been Chair of BASIN, an international network for low-cost housing, and Secretary of INTACH UK, (the Indian National Trust for Art and Cultural Heritage, UK). She has published widely on cultural landscapes and is an occasional lecturer at various universities.

Enid Williams, in her role as Senior Policy Adviser for the Department for Digital, Culture, Media and Sport, acted as government focal point for the World Heritage Convention from 2017-2021. During this time, she assisted with the development of nominations as well as monitoring the state of conservation for existing sites. She also previously worked in the London planning team and at Historic England. She holds a MA (Merit) in landscape archaeology from the University of Bristol.

About attending this event

This event is free to attend.

As many other cultural organisations, we had to cancel\postpone all of our in-venue events, which had a signficant impact on our income. Therefore, we encourage donations of any amount: your generosity contributes to our programme work and our running costs and makes more events possible. To reduce financial barriers, we made it so donations of ANY amount will allow you to register for the event: you can donate as little as £1 and still get your ticket.

After you booked a ticket, we will send you joining instructions via email through Eventbrite, so please check your junk email folder if you cannot find it in your main inbox.

This event will be hosted through the videoconferencing platform Zoom Meetings. You can join this event through web browser or using the Zoom app.

If you do use the Zoom app, to make the checking in process smoother, we encourage you to book your Eventbrite ticket using the same email address you would normally use to access your Zoom account. At the beginning of the event, you’ll be automatically checked in by clicking on the joining link and following Eventbrite instructions.

During the event, you will be able to contribute to the chat and Q&A, but your microphone and camera will not be on.

Book down below or head straight to Eventbrite: https://www.eventbrite.co.uk/e/the-world-of-world-heritage-tickets-148893888629