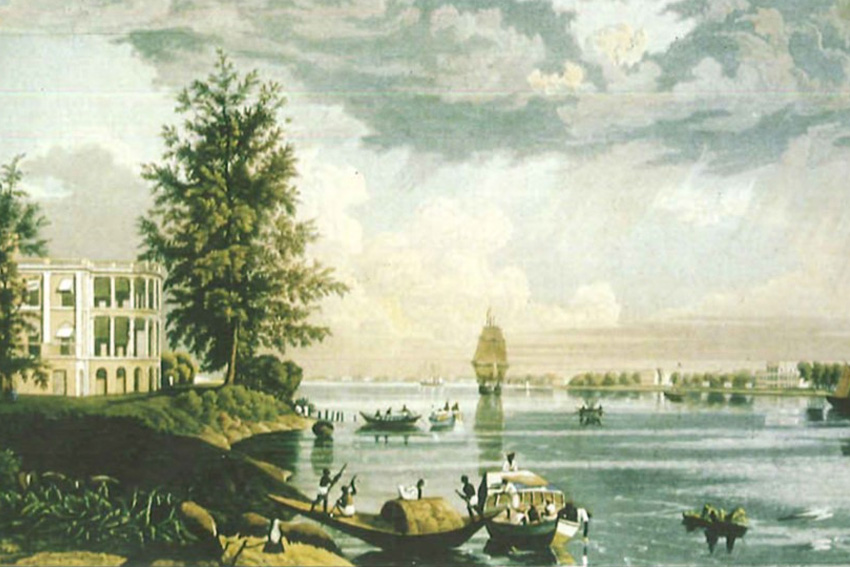 Kolkata is one of the world’s great heritage cities, thought by many to be worthy of inscription on the World Heritage list. Reputedly founded by an English merchant in 1690, it was one of several European trading posts on the Hooghly river, a distributary of the Ganges. These were all subsumed into the East India Company in the 18thC and developed into the capital of British India in the 19thC. The city’s role was diminished when the capital was moved to Delhi in 1911 and, more recently, 35 years of communist state government has left it remarkably intact, but in a state of considerable decay.

Kolkata is a vibrant place with a population of some 14 million in which growing pressure for development is being opposed by a small but energetic band of campaigners for conservation. The Danes have led the way in their former settlement at Serampore and, in that almost half of the British in the city were Scots, the Asia Scotland Trust is attempting to follow the Danish example.

The ICOMOS ISC on Shared Heritage arranged a pre-conference tour in the run–up to the 2018 General Assembly in Delhi. There can be no better example of ‘shared heritage’ than Kolkata, parts of whose built heritage is perhaps almost as much British as Bengali:should we, like the Danes, assume some responsibility for it?

LIMITED SEATS AVAILABLE : Tickets can be purchased at the door and students get in for free, but online booking is recommended.

James Simpson is an Architect in Edinburgh. He trained with Colin McWilliam at the Edinburgh College of Art and in the offices of Ian G. Lindsay in Edinburgh and Sir Bernard Feilden in Norwich. He co-founded the firm of Simpson & Brown in 1977 and is now a ‘Working Consultant’ to the practice. He has worked on conservation and other projects throughout the UK and, more recently, in India and Burma. He was Surveyor of the Fabric of York Minster in the mid-1990s.

He has sat on numerous committees, including the Ancient Monuments Board for Scotland, the Royal Commission on the Ancient & Historical Monuments of Scotland, the Historic Environment Advisory Council for Scotland and the Edinburgh World Heritage Trust. He is currently a Vice-President of ICOMOS-UK. He has written and lectured extensively on the theory and practice of conservation and was the commissioned author of the British Standard Guide to the Principles of the Conservation of Historic Buildings (BS 7913:1998). He edited and annotated a reprint edition of William Adam’s ‘Vitruvius Scoticus’ in 1980 and curated the ‘William Adam Exhibition’ in the Scottish National Portrait Gallery in 1989.He is an Officer of the Order of the British Empire, a fellow of the University of Edinburgh and holds an Honorary Doctorate of Science from the Heriot Watt University.

Book you tickets on EVENTBRITE: https://www.eventbrite.co.uk/e/a-future-for-the-shared-heritage-of-scotland-bengal-tickets-59884475077